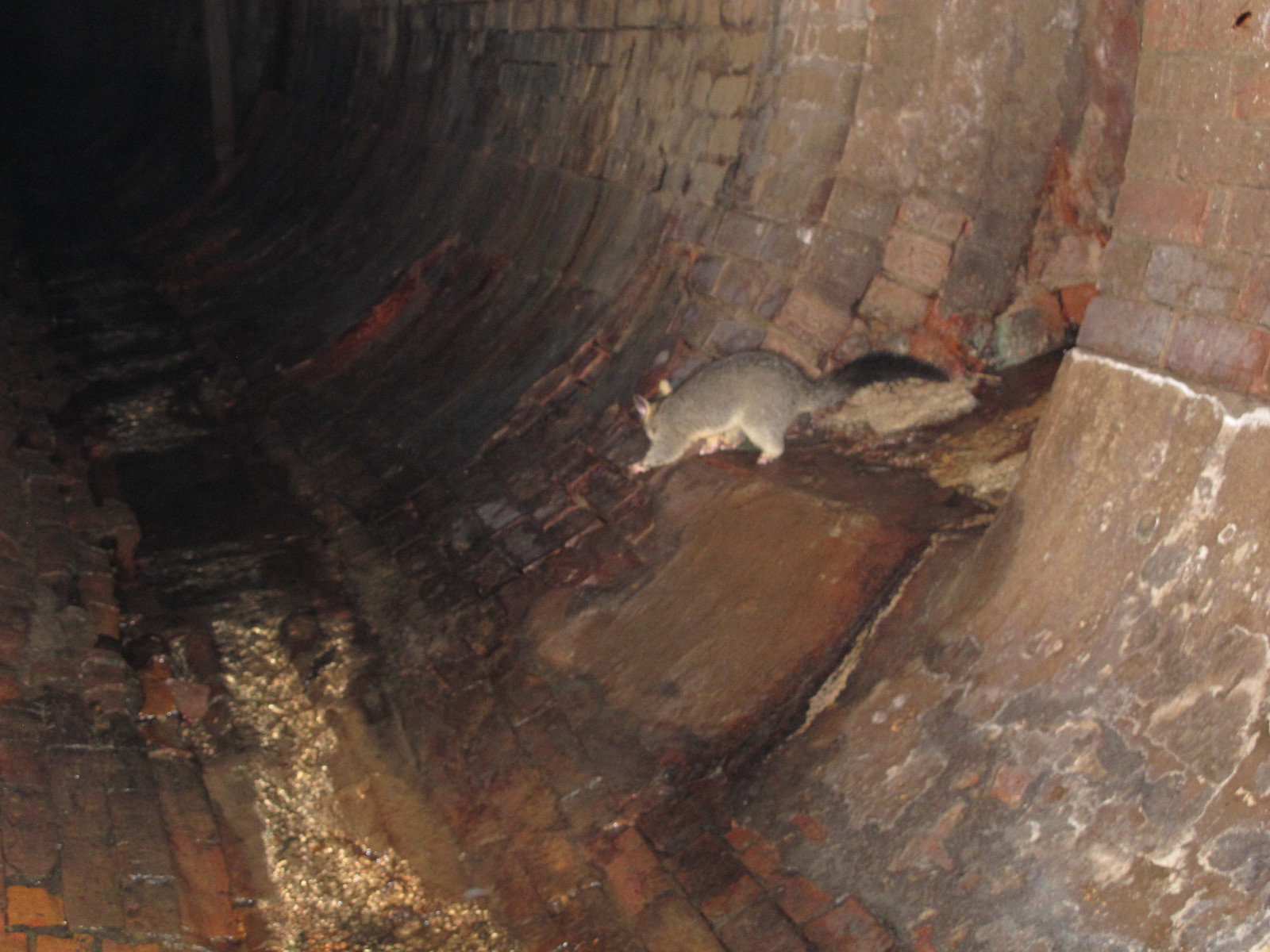 I had an hour and a half to kill in the city the other night, and it just so happened to be low tide! I parked up and walked to the entrance. After waiting for the endless stream of people to pass, I slid into the entrance, soaking my shoes, and started walking. 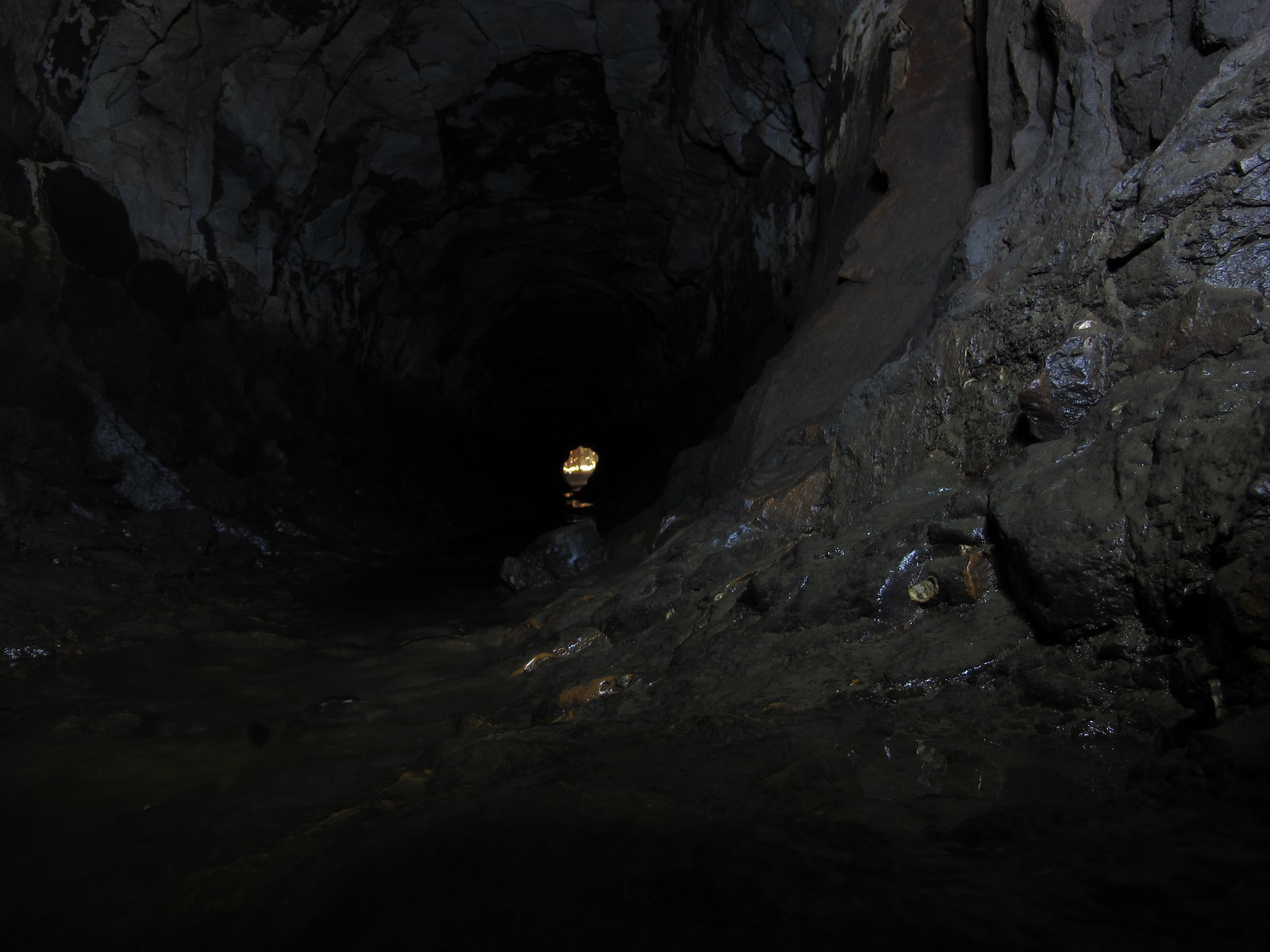 I don't spend much time looking up whilst walking in here, because I like not falling over, so it was with luck I saw the huge area above me. Mainly because I got dripped on.. Would love to know where the manhole leads to. 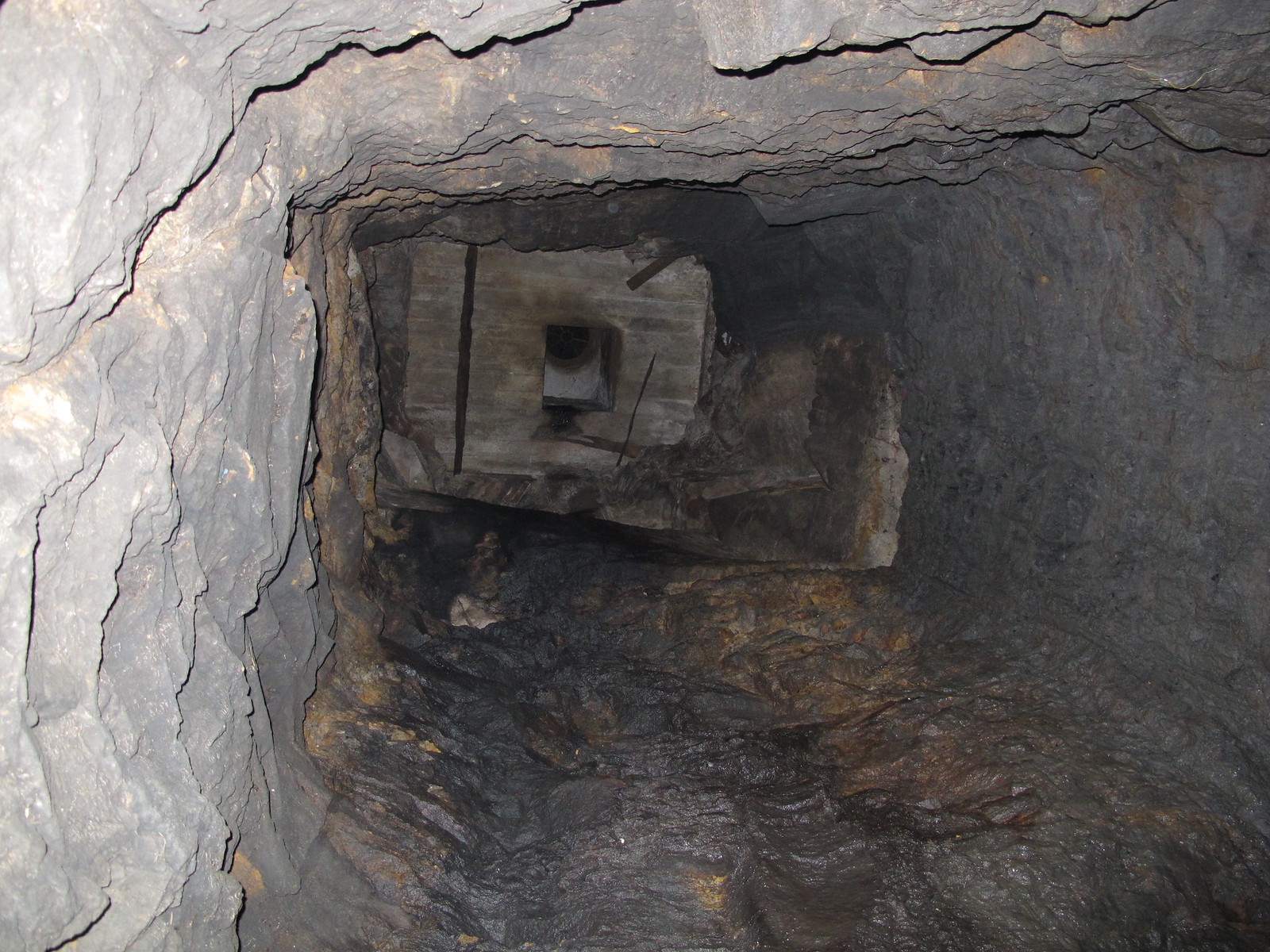 Further along I heard something splashing in the water. Shining my torch down I say the back of something huge, sitting a couple of meters in front of me :| It turned and swam/ran past me down a little waterfall formed by some rocks. Pretty sure it was a water rat. It was at least half a meter long, including the tail. Much bigger than normal rats anyway.. I didn't get my camera out in time unfortunately. 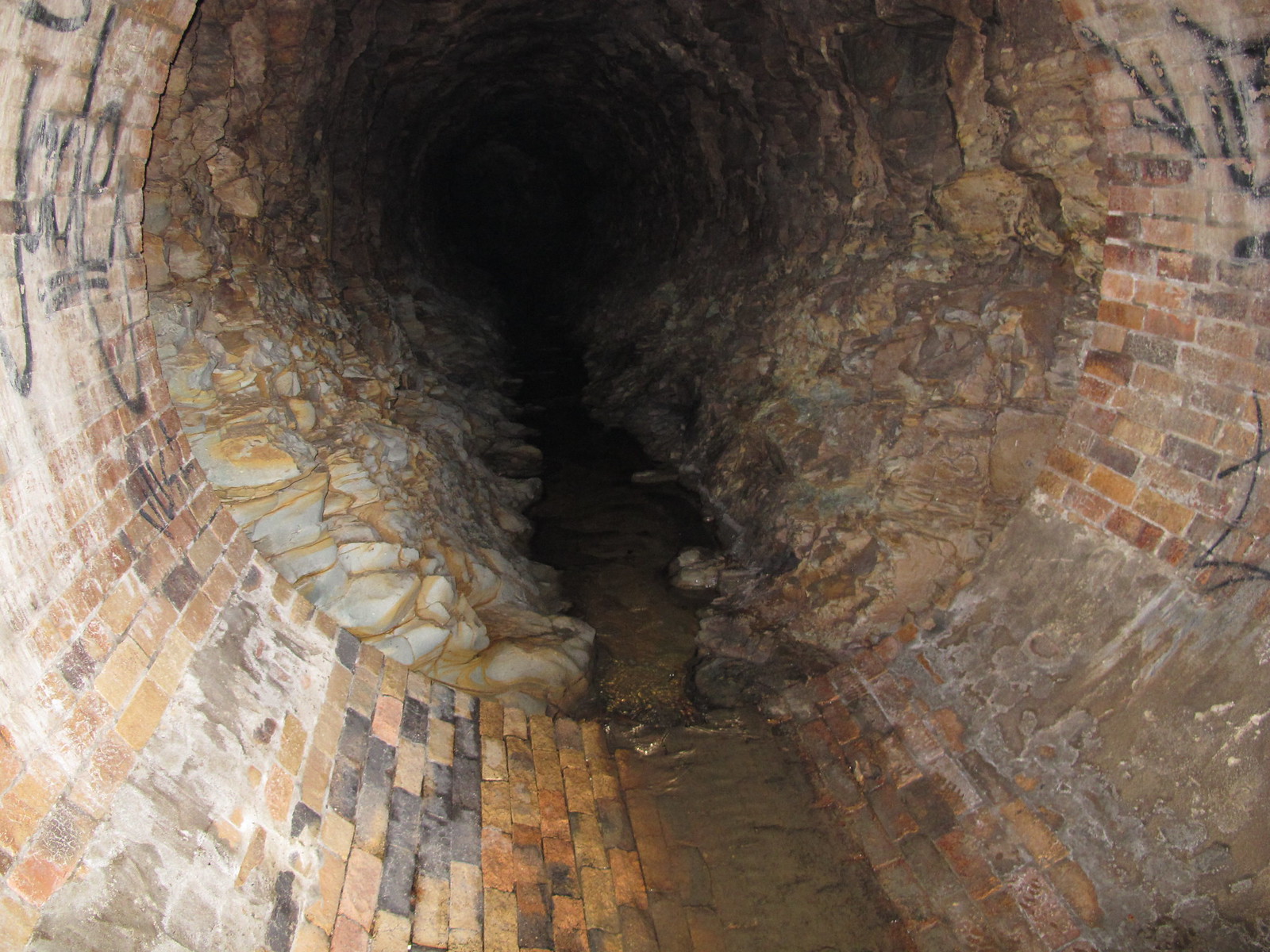 Once I got to the brick section I heard another creature up ahead. This one turned out to be a Common Brushtail Possum. 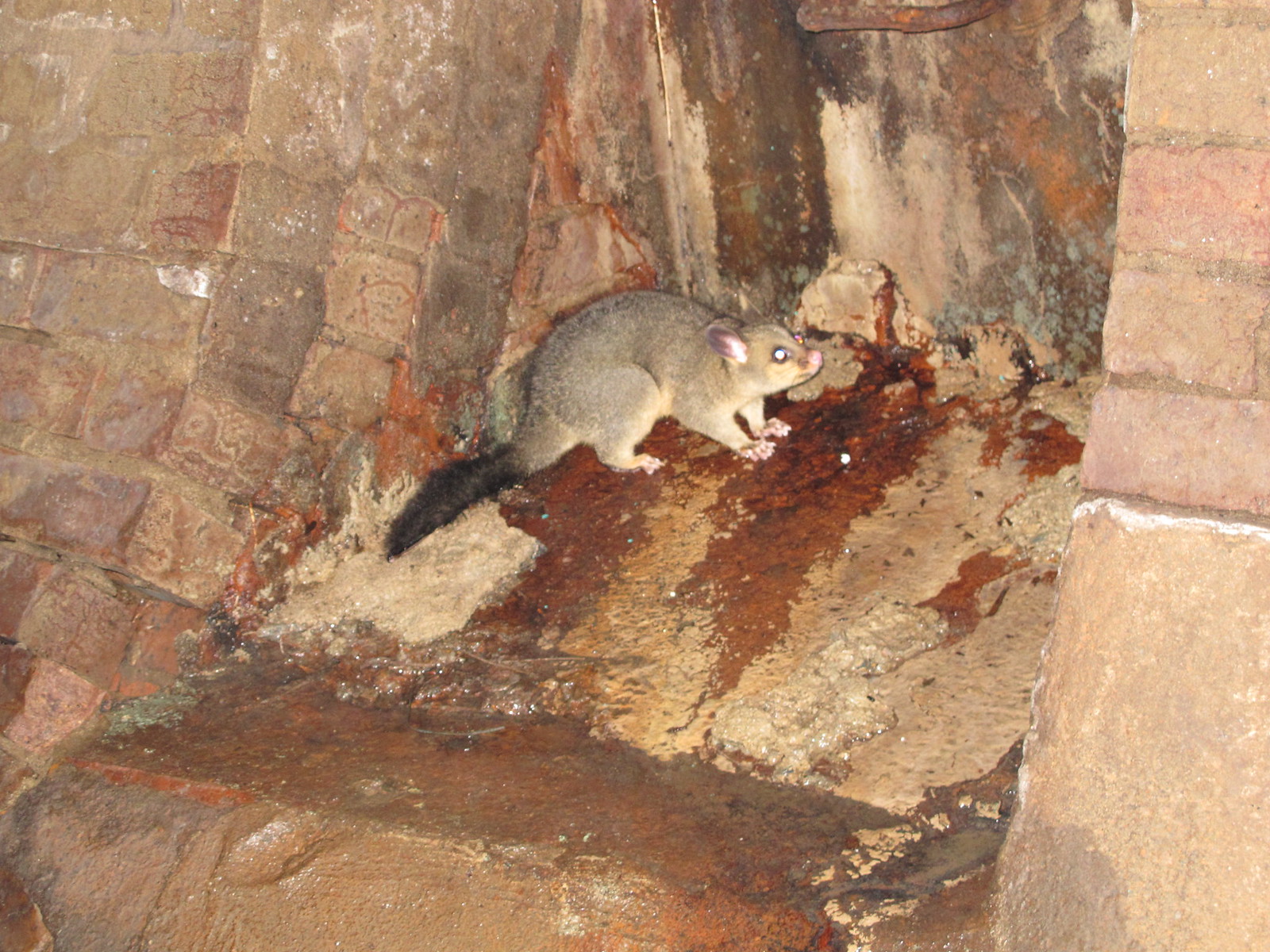 He stayed for a couple of photos and started walking up the tunnel. Darting away whenever i stumbled and made a loud noise. I'm hoping he can get out again/survive on cockroaches.
There hadn't been many bats so far and my torch was going flat. I turned it off to change the batteries, thinking it was clear. In the darkness, bats appeared and started swooping around me.. Makes it kind of difficult to change AAA batteries in the dark with bats flying inches from your face.
I finally made it to the hell junction with a little bit of time to spare so got some more photos. 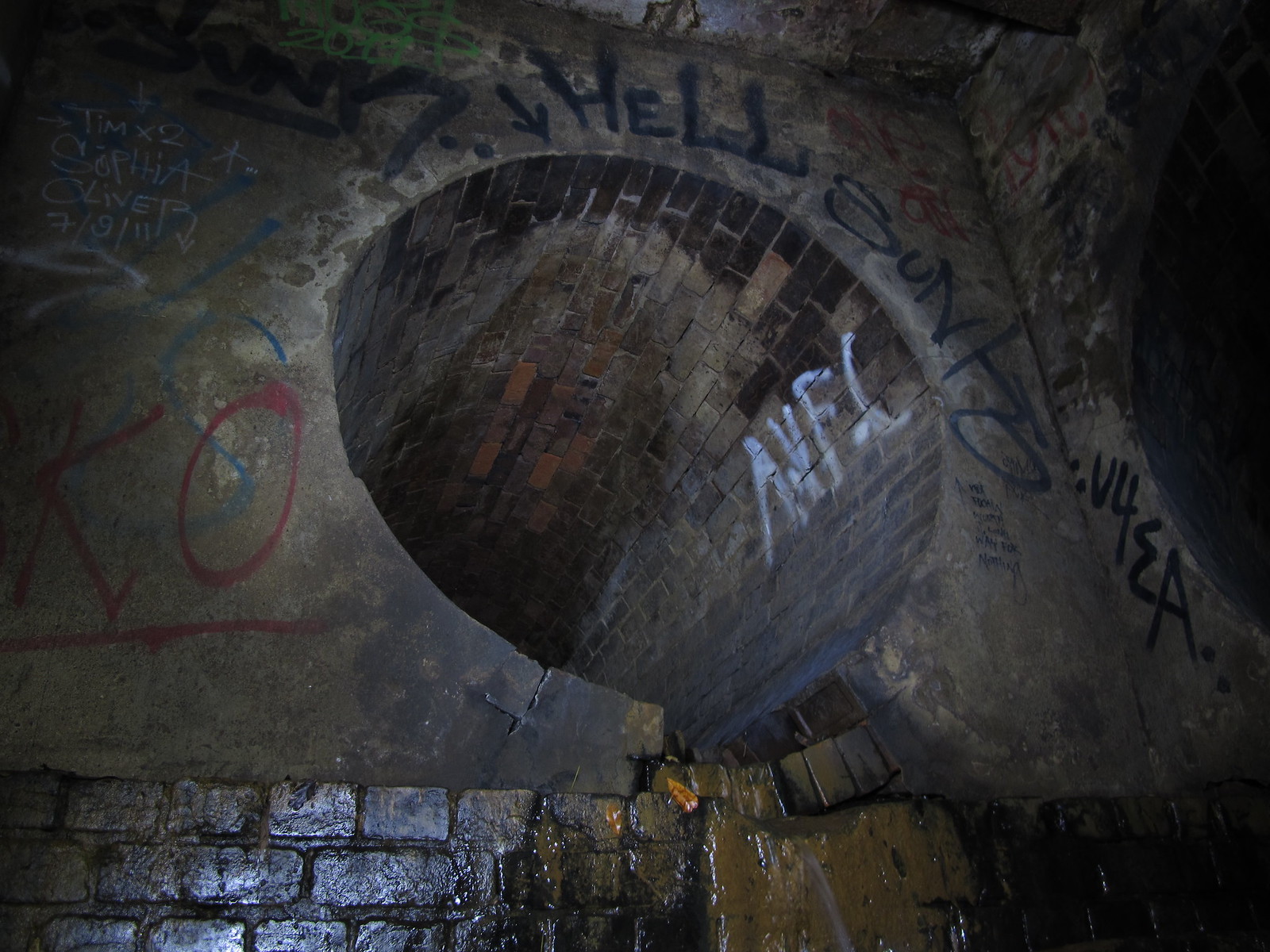 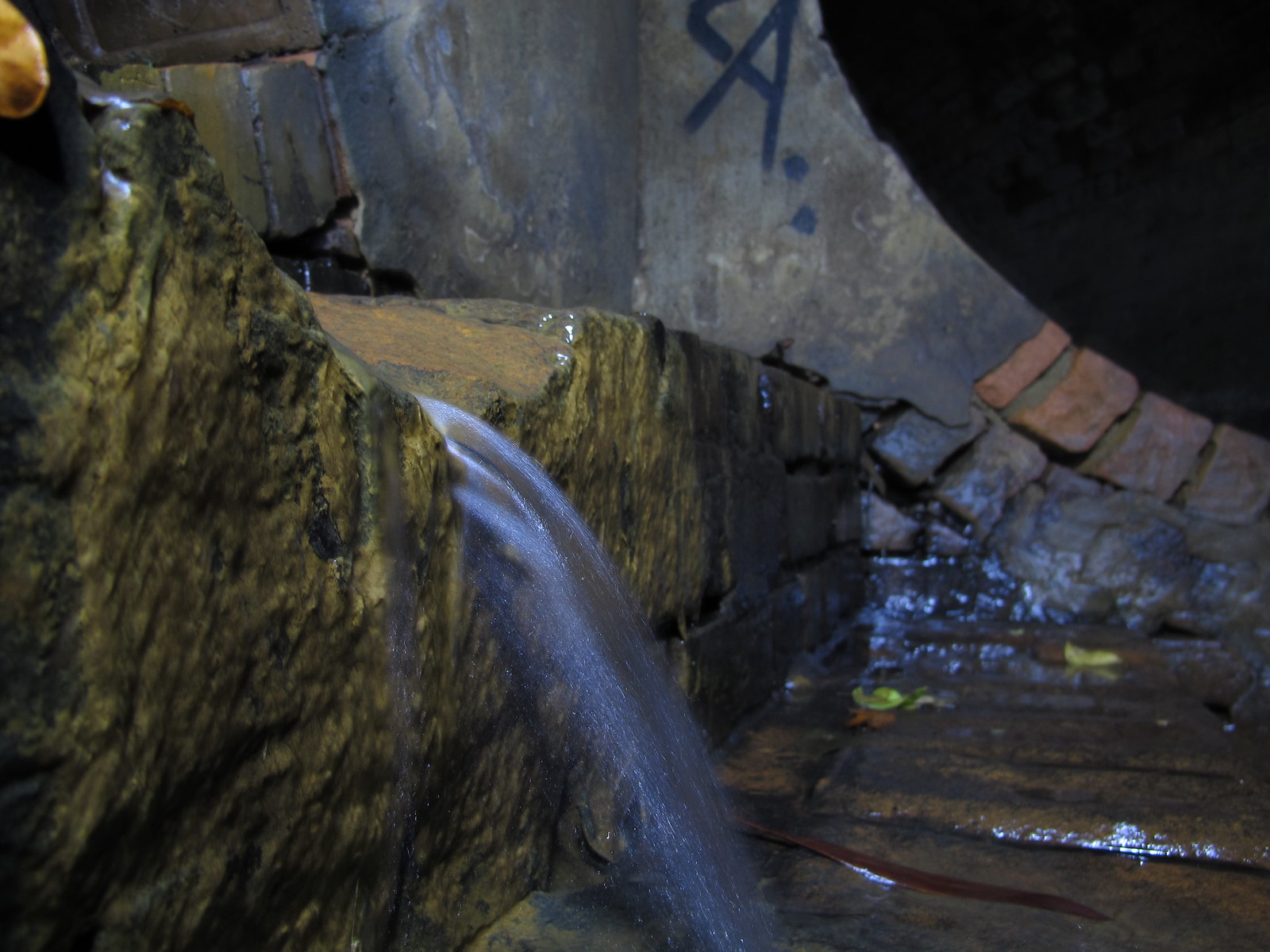 I then made it to the exit after failing to get pictures of bats and having avoided stepping in the pile of sewage overflow. Of course I could hear someone/something walking above me in the leaves.. I waited a few minutes and climbed quickly and noisily through the wall while a train was going past. Looking up, I couldn't see anyone so decided it must have been more wildlife.
All in all pretty fun, good to go there again since it was the first decent drain I explored.

Thanks to an information trade with a member on here, I was able to locate said drain! I was able to find a relatively non suss place to park, since it was pretty early into the night and made my way to the entrance.